Is it over yet?

The corona crisis. Here in Sweden they are talking about a light in the tunnel, that the worst might be over, but that it might come back in the fall and just be going on a summer vacation. Corona might even have been here since November and according to the local news my municipality has statistically in relation to the size of the population a very high death toll. If it has been here since November, as the Chinese authorities initially tried to cover it up and we don't really know when it started spreading, I might already have had it. I got really sick in February for two weeks with what I thought was a common flu; fever, coughing and snot. In that case I have been worrying for nothing and might as well start living life as normal again. I can't be sure, but it's likely. I'm not part of any risk group either. The danger with starting to live your life as usual is that you can spread the virus anyway. Apparently it can stick to clothes and if you move around a lot you can be spreading it without being infected yourself. It's not just clothes, the virus can stick to basically any kind of surface that become contaminated and contagious. If I haven't had it, logic says I would have caught it by now unless I am extremely lucky, which I don't see as general theme in my life and thus it is unlikely. Happy to be home though and suffer in solitude. As I normally work from home as well life is not very different. Maybe I dare to go to the gym? Other people do and it's open. But perhaps I should work on my abs a bit at home first. If I don't go to the gym soon by biomass will start to disintegrate. I could use some new leggings ( famous last words). 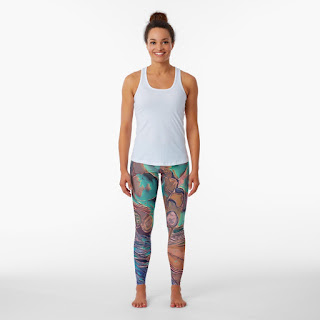